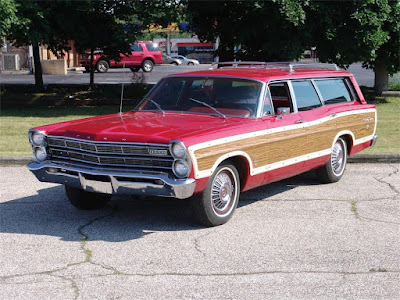 Here at Vintage Motor Cars we are excited to announce our recently sold cars! We said goodbye to our 1967 Ford Country Squire Station Wagon. This particular trim style was the top trim level available during its production. This particular one, however, is in very user friendly condition. The exterior and interior are both in nice condition but could use some love. Luckily, there was a car owner interested in giving it all the love it needs. It is in fine driving condition and even holds up to nine passengers! All the bells and whistles work on it and is now with its happy new owner! 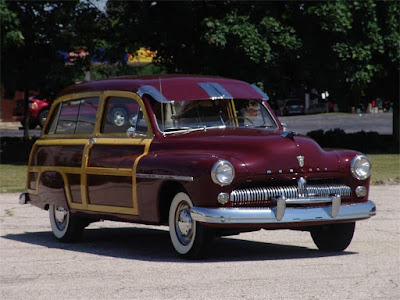 Another car we sold was our 1949 Mercury Station Wagon. Sitting atop four Firestone Super Champion whitewall tires, this burgundy beast was originally intended to be a Ford. However, before plans were finalized, the car was “promoted” to a Mercury. Ford eventually went on to make a similar version anyway. Although it appears much larger than the Ford version, it’s still the same 118 inch wheelbase. This particular model is also more rare than its competitors and highly sought after by collectors. That’s why this one was a lucky buy for its owner! Fully restored and beautifully finished, it’s going to be a sight to see flying down the road! 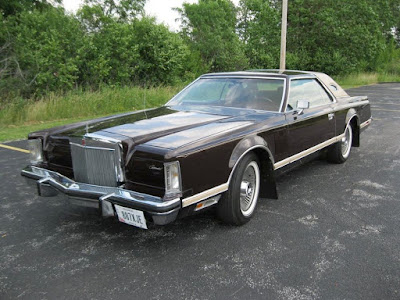 New on our site we have our 1978 Lincoln Continental Mark V Bill Blass Edition with only 16,786 of its original miles! On top of the low mileage is the low price of just $22,900! This luxury coupe was sold by Lincoln from 1977 to 1979 and was eventually replaced by a newer model. For the 1978 model, a larger radiator was added, the 400 engine was detuned for better fuel economy and a full imitation convertible “carriage roof” top was added and an LED “Miles to Empty” gauge became a new revolutionary option. This car is completely original, down to its Goodyear Custom radial tires. This Lincoln has been in the same family since it was new! It’s a perfect car in every way and an excellent example of all this car was meant to be, and now it can be yours! 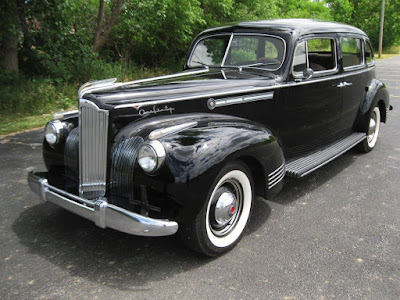 Available now, a 1941 Packard 160 Sedan! Also known as the Nineteenth Series, the line of 1941 Packard’s continued the same styling and modernism that were born during 1940, as well as a myriad of detail updates. They have a hearty power train, independent front suspension and surprisingly smooth ride. Because of all this, these models are still highly desired today as they have sustained drive ability, usability quality and timeless character. Check out this beauty when it comes up on our site and be the first to get your hands on the wheel!

Posted by Vintage Motor Cars at 08:46